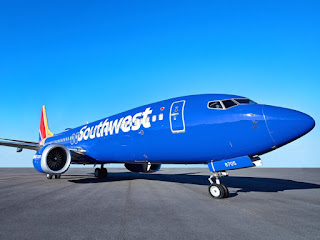 On the mainland, it’s national news that Southwest Airlines has entered the Hawaii market. The Dallas-based carrier is one of the largest low-cost airlines in the country. It joined United, Delta and American in March with multiple daily flights from California.

Using 175-seat Boeing 737-800 aircraft, Southwest is flying interisland to Oahu, Maui and Kona — it’s offering 16 daily flights or 1,800 seats. And it plans to go to Hilo and Kauai soon, which would add lots more seats.

There is no question that this will have a big effect on Hawaiian Airlines. It’s likely to bring lower fares, and given that Southwest doesn’t charge for bags, flight changes or on-board Internet, it will mean new marketing challenges for Hawaiian.

Now that Southwest is on the scene, it’s time to take a hard look at the future of our interisland air travel. Hawaiian’s fares have seemed way too steep for half-hour no-frills flights. Has it been funding its global expansion out of these interisland fares?

Filling the planes to the last tiny seat, charging big bucks for baggage and offering only the most bare-bones beverage service, Hawaiian has been air miles away from providing an enjoyable interisland travel experience.

Bare-bones travel is hardly appropriate for a state that is dependent on selling tourism, much less for local people who must rely on interisland air travel to get to see their families, friends, colleagues and customers, the fabric of our statewide community. For the last few years, many local people have not been able to afford the fares, and that’s regrettable.

That, on top of high-stress, hour-long waits on the TSA lines, with early closings at the gates. That’s nice for its international on-time record, but Hawaiian has sold my seats out more than once after inordinate delays by TSA — even when my companions told them I’d called from the line and would be there in moments. Its answer: That’s my problem; get to the airport two or three hours earlier. Really? On an interisland flight?

That’s no solution. How about trying to make things easier for us, not harder? There’s a serious attitudinal issue here. While Hawaiian’s fares have inexorably increased over recent years, my interisland travel experience has noticeably declined. Seems to me the now-defunct Aloha Airlines was more caring of my comfort, and for that matter, so was Hawaiian when it had to compete.

And if we could only have the Superferry, or any ferry, back again to provide alternative choices for interisland travelers. What we have had instead is an entrenched monopoly with a lack of real options to help us get around the state. The result has been right out of an economics textbook.

But let’s not dwell on nostalgia. Let’s give a big “E komo mai” to Southwest. The sooner it can expand into full service among the islands, the better for all of us. Interisland travelers need to be discerning consumers to rediscover the joys and benefits of this long-awaited, sorely missed competition.

After all, as interisland travel goes, so goes our state.

Begin with the Roads and Highways

Some places have a collective political will to strive for excellence and be the envy of the world, and its citizens. Singapore, for example, does that. Generally speaking, Hawaii does not.

Although there are some individual features in our infrastructure that are worthy, no one can say that the infrastructure in our state is excellent or demonstrates a striving for excellence.

To wit, the public thoroughfares, roads and highways. In Honolulu, there is no sign of excellence. That's regrettable, since we do know what excellence is, and so do our visitors. It starts with the potholes and the failure to systematically pave. There are very few places in Oahu that are well paved. That sends a message to everyone who must use the road.

We all know maintenance is random and substandard. See the potholes everywhere. Beyond that, the roads are not well-designed and haven't been fixed to keep up with changes in the city. Take a look at the Pali Highway. It's a sole-source road on a critical path to get to Kailua, an important pathway from the downtown to a commuter community. Then take a look at the freeway. These roads are inadequate and nothing is being done.

Our patchwork jurisdictions on Oahu’s roads brings only bureaucracy and confusion as to who is responsible, and stands squarely in the way of any standard of excellence. And of course, there are flash jams all over the city, on all points of the compass, with an abiding disrespect of motorists by maintenance and police organizations. They seem to enjoy letting the traffic stack up. There's got to be a better way.

Where are the engineers, the technology? Where are the traffic circles, the timed lights, the roadbed sensors, the software and HOV charges other cities have deployed to ameliorate the jams? We reject the technology to detect speeders and lawbreakers at red lights and stop signs, knowing that the police cannot deal with these problems without technology. Do we want the roads to be safer, or are we bent on giving lawbreakers a pass?

It would help if campaigners would make this a campaign issue, but they haven’t. If we can develop the political will to make our streets a symbol of excellence, then maybe we can achieve excellence in other ways too. We’ve got to start somewhere. Unfortunately, we don’t have the political will and we don’t spend anything to improve our sadly substandard roadways. Instead, we spend it on rail. What a waste in a place where the car is king and will surely continue to be a primary modality.

We sit for hours in jams, and in a perverse Zenlike acceptance we so nothing about it, having a strange assumption that God in his heaven will fix it. And all the while it gets worse, and our quality of life slowly deteriorates, like the frog in the water. We need to be mad as hell and we should take it anymore. We need to make our political leadership accountable and openly force them to make our roads a symbol of pride, not potholes.

Excellence is not only impressing tourists. It’s a statement of our values and caring for the community. It’s a message that says we like if not love this place, that we want it to as perfect as possible and that we want our children to stay and live here. If we didn’t care about it, it signals there are many other things we don’t care about. I don’t have to tell you the message that that sends to people, and that sends people, and kids, away.

State and county governments have to come together about this. The media and local community organizations have to demand and keep advocating for it. Yes, we can do it, but let’s do it soon, before everyone gets to feel Hawaii is second class. Excellence and pride in our city and community are infectious. Let's feel good about Hawaii. The results will be fabulous.

A Mad Ringmaster in a Mad Circus

He's getting worse every day, and better at keeping everyone off balance, domestic and foreign. All to feed his narcissistic needs; never to make the country or the world a better place; working daily to divide and incite poisonous base instincts, and create a mad circus with him as the mad ringmaster.

The more he gets away with it, the more he will do it and the more outrageous and dangerous he will become.  We should be worried about the warning of Michael Cohen; it's not clear that there will be an orderly election or change of power in 2020.  We should fear for the government, the country and for that matter the world.

Twenty-three candidates will undermine each other.  There needs to be a countervailing leader or coalition of candidates (Biden and Harris?) to respond and methodically deal with him, now not later.  It's really risky to let him continue his destabilization as we approach 2020, both for the integrity of that turning-point election and the possibility that he will stumble us into global conflagration.

Whether or not an impeachment will turn him out of office, it will at least demonstrate that the opposition has a backbone and can act. That will give right-thinking people heart and bring them together to demand and achieve a return to rational decency, hopefully saving us from the madness.

Watch our Trump Week talk show on thinktechhawaii.com every Friday at 11:00 am Hawaii time for ongoing discussion of these issues.

A commentary by Jay Fidell

Welcome to the ThinkTech Blog

Welcome to this new blog, brought to you from Honolulu.